Vendor spotlight: Bonedust, OK at the Triangle in Round Top, Richard Schmidt Jewelry on Mill Street opposite the square in Round Top 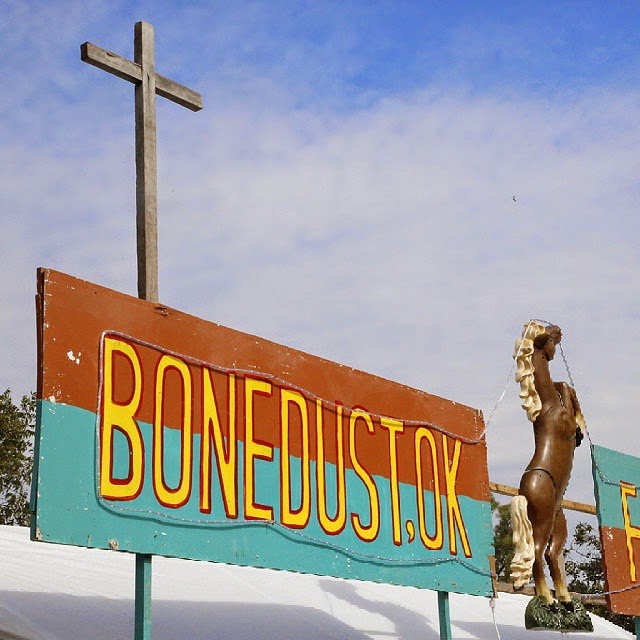 Bonedust Oklahoma is the mythical hometown of carver James Stephens and his Bonedust Cowgirl Jayme.  Living and working in Oklahoma City, their store “The Bonedust Cowgirl” got its name when Jayme remarked that when James was working she “was always cleaning up bone dust.”  Jayme’s mother said the name was biblical, that bone dust is a sacred element described in Ezekial 13.   That is appropriate because James is a very spiritual, religious man.  After a long life of challenges and often very difficult times, James and Jayme were born again in 2005 changing their lives.  As James put it: “they are just kickin’ up dust on their journey down this spiritual path”.  And so it is a true blessing to James that he found this outlet for his lifelong skill at “whittling” and “carving”.  Working with ancient Mammoth

Tusk and moose antler, James lets the material speak to him, carving images of Indian chiefs, and birds.  The birds are especially elegant in their simplicity and pure form.
James was born in OK, at the edge of the Osage reservation, and at the age of four his father’s job with Kerr-McGee took them to Idaho.  As a young teenager he hiked the foothills in the snow picking up shed antlers which he and other boys sold to a man who came twice a year to the grocery store parking lot to pay them for what they had gathered.  Timing was everything in collecting “sheds”.  After the moose have shed their antlers annually, and late enough so the snow would be melted revealing the antlers.  Too early and the snow would hide them.  During the summers of his childhood , James would stay with his Osage grandmother who was a renowned cook at the Indian Dances.  He says those Indian Dances are the source of inspiration for the intricate Indian Chief heads he carves.  The birds are born out of the triangle in the moose antler where the long horizontal beam of the antler meets the spreading palm, forming a triangle.  Each bird is different, as each antler is different.  The colors vary, too.  The antler can be very pale, greyish white, or a deeper warmer tan.  Some have the “bark” on the back giving them additional character.  The long beam of the antler is sliced into rounds which James inlays with turquoise pieces, a complicated process, and then polishes to a soft luster.   The turquoise, in its many color variations creates a beautiful contrast to the neutral tones of the antler.
As a true whittler, James will carve anything, wood, antler, tooth.  Even vintage Mahjong tiles became a raw material for his tools.  Removing the bamboo back, leaving the ivory with its colorful game markings.  James leaves the markings, carving the ivory into crosses, and skulls, which he embellishes with folk-art faces. He strings his carvings on repurposes leather strips to make necklaces.   Jayme is never without a much coveted horse head James considers one of his best.  Filled with movement, the natural edge of the antler creates the flowing main.


James and Jayme always dreamed a silver smith would incorporate James’ Bonedust pieces into jewelry.  Looking through a copy of Cowboys and Indians magazine, Jayme saw an advertisement for Richard Schmidt’s jewelry and was thrilled to see the store location was La Grange, Texas.  They had been setting up in Warrenton for a few years and knew La Grange well.  They imagined themselves walking into Schmidt’s Jewelry wearing lots of bone dust.  When they did visit the store (not festooned in bonedust as they had imagined) Richard wasn’t there.  But Richard had seen other people wearing bonedust, and had been trying to find them, too.  He too saw the natural fit with his jewelry style.  Jayme and a friend wandered past Schmidt’s booth in Round Top.  This time Richard was there.  He said “you’re wearing bonedust!”, just as Janet Schmidt, his wife, returned to the booth carrying a handful of pieces she had just purchased from James.   James and Jayme moved their booth from Warrenton into the Triangle in Round Top, to be closer to Richard’s booth on Mill Street, at Knutzen Square.  It is a perfect fit, the soft, lustrous bonedust creations inlaid with turquoise and the hard, shiny silver which Richard hammers and embellishes with arrows and buffalo heads, making magical cuffs and pendants incorporating James’s work.


And to James and Jayme, it is an answer to a prayer.
AntiqueWeekend is a sprawling, sparkling multi-week event located across Fayette county and spilling over into adjoining counties.  Tucked into the many showsites are incredible artists like these two men who create with their spirit and soul.


This post is revised from an article written by Linda Stall, Special to the Fayette County Record, which originally appeared in October, 2012.  For more information about the AntiqueWeekend shows visit www.antiqueweekend.com   you can find Bonedust on facebook:  https://www.facebook.com/pages/BonedustOklahoma/91128274393  and Schmidt Jewelry online: http://www.richardschmidtjewelry.com 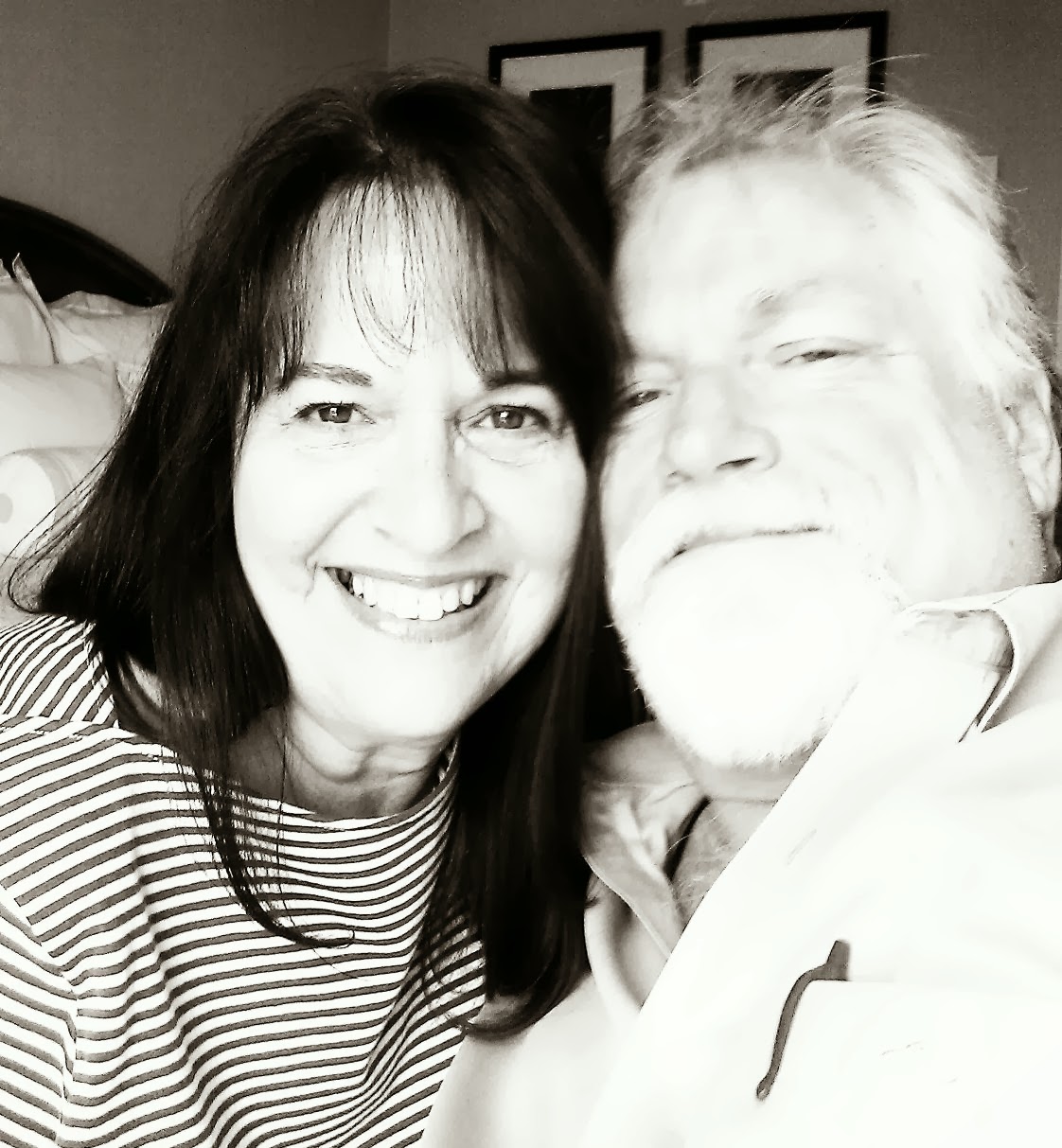 In 2000, with his temporary job in California coming to an end, David asked me where I wanted to live next.
I said Fayetteville (Texas), a charming town of 266 people in central Texas. And so we came. We moved into a loft above a commercial building on the square in Fayetteville. It was there that AntiqueWeekend.com was born. My husband had visited Fayetteville many times over the years, visiting his parents and grandparents. He told me wonderful tales of the antique shows held twice a year. It was hard to imagine that the fields of grazing cattle could be filled with tents and booths full of treasures. (They do move the cattle!) We love garage sales, prowling through antique stores, flea markets and thrift stores. In California we attended some legendary flea markets including the Rose Bowl and Long Beach. We spent our Saturday mornings driving through the greater Claremont area finding some wonderful treasures at garage sales.
With time on our hands and treasure hunting in our souls, we decided to utilize David’s computer skills and develop a website that would serve as a resource with information about the semi-annual Warrenton and Round Top Antique Weekend and a directory for the ever-increasing number of show sites and vendors. It was a different world 13 years ago. Few show sites and even fewer vendors had websites. And social media was unheard of. With smart phones and tablets the world has changed and we can see it in the visits to our website. And we have changed, too. The website now has a clean new look. We are on facebook and twitter, have thousands of photos on twitter and instagram, send a periodic newsletter and have recently launched an AntiqueWeekend blog.
We have changed, too.
We bought our own old farmhouse, planned weddings and have wonderful granddaughters who love to visit Mimi and PopPop at the farm.
We bake cookies and do crafts and many of the pictures you see on the blog are projects we have done together.
When you are making your plans to visit Antique Weekend we want you to have all the info you need and great photos of what you can expect to see. Between shows we want to inspire you. We’ll share ideas, memories and information about events that happen here “the rest of the time” so you can plan to come back more than just twice a year.